US Gold Coins: Review and History of US Coins, Which US Coins Are Investment Coins

US gold coins are one of the most popular. This is due to their high quality. In addition, the monetary system of the state is so stable that any coins, starting in 1792, can be a means of payment at present. This feature adds popularity to money signs. Many investors choose them for long-term investments. We add that in America itself, gold coins have been used for many centuries in commodity-monetary relations. The situation changed only in 1785, when the dollar was introduced, and already in 1792 the US Mint began to work.

US investment gold coins appeared in 1792. At this time, members of Congress signed a coin act. This document defined the legislative basis for minting money in the United States. The designer of the first banknotes was jeweler Robert Scot. One of his first ideas was to mint a coin that would symbolize Freedom. The model was Anna Willing Binham, daughter of the director of the board of the first US bank. So the first American gold money sign appeared - Turban Head. Its name can be explained by the fact that the turban was depicted on the head of the Liberty Girl. At that time, it was one of the most common headgear. 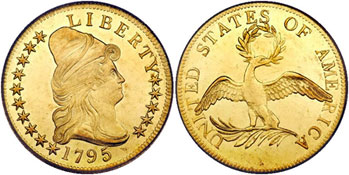 During the reign of Thomas Jefferson (the third president of the United States), the design of banknotes underwent a change, a reform was carried out, as a result of which the old samples were withdrawn from circulation. 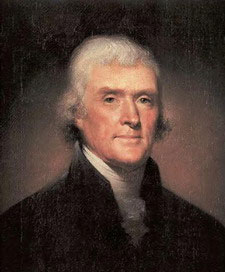 The design of new coins began to be developed by an engraver named John Reich. It was this American of German descent who suggested depicting eagle coins on the reverses. At the same time, the same Freedom remained on the obverse, but with another prototype, whose name was not preserved in history. We add that the head of the new girl was decorated with a Phrygian cap, which symbolized the revolution. 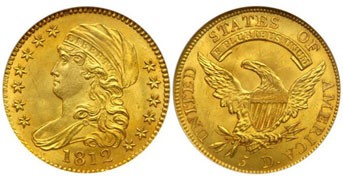 In 1834, US gold banknotes again underwent changes. They touched on the innovation and composition of investment assets. This, in turn, entailed a change in appearance. The artist of the new samples was an engraver named William Kniss. The result of his work was a girl-Freedom in the ancient style: 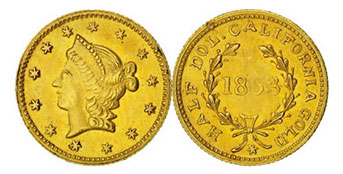 The following changes were carried out under the 32nd US President Franklin Roosevelt. 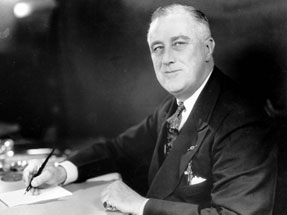 As a result, coins became embossed, and not with a convex pattern, as before. The circulation period of coins has increased markedly, but their numismatic value has slightly decreased, as the products have become less resistant to dust accumulation. It was at that time that the banknotes acquired a modern appearance. Below, consider some of the most sought-after US investment coins to date.

One of the most common US investment coins. From 1795 to 1933, it was a recognized means of payment from the state and was produced in large editions. We add that in 2002, at an auction, a 1933 coin (the only surviving copy) was sold for $7.59 million. This made her one of the most expensive coins of all time.

American Gold Eagle, in circulation, differed in their nominal value. The main copy was estimated at $10. A coin with a nominal value of $20 was called the Double Eagle, $5 - the Half Eagle, and $2.5 - the Quarter Eagle.

Coins were issued from 1907 to 1933. On the obverse is a profile of an Indian with feathers. On the reverse there is a white-headed eagle turned to the left. These US gold coins are in demand among collectors due to their historical value. Today, due to the small remainder, they are considered rare, which only adds value. 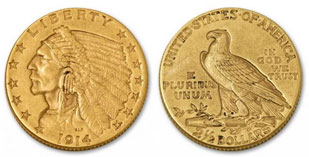 Also popular US investment coins. They represent the first 24-carat monetary sign. They were first minted by the US Mint in 2006 and are still minted. Since 2008, various variations in the mass of the coin have appeared, up to 1/10 ounce.

The obverse of American Buffalo depicts the head of an Indian, there is an inscription LIBERTY (FREEDOM). The year of product production is indicated below. The reverse of the money sign is decorated with a bison image and the inscription: UNITED STATES OF AMERICA. A little lower - E PLURIBUS UNUM - "Of many - one." At the bottom there is an inscription IN GOD WE TRUST, which translates as: "We believe in God." The content of pure gold, its sample and coin face value are also indicated. 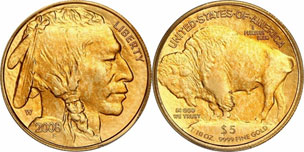 And these are only a few of the large number of US gold investment coins. You can get acquainted with the full list of offers in the Kalita.Gold store. We sell original banknotes at market prices. You can get more information about them, as well as make an order through the feedback form on our website.